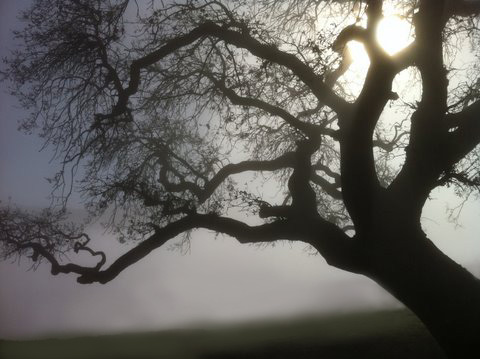 When Wendy and I spoke about sharing how we each came to write our book, Do No Harm: Mindful Engagement for a World in Crisis, I was reminded of my childhood growing up in the Santa Clara Valley in California in the early 1960’s surrounded by Mexican farm working communities. There were vast orchards of plum, apricot, almond and walnut trees that gave us an endless supply of food and afternoons of climbing and flying off limbs to chase jack rabbits and raid bee hives. As farm machinery manufacturers realized more money could be made making military machinery and more middle class families moved to the valley, it began to change and so did I. It was the beginning of me witnessing violence, hatred, and destruction. I watched my friends get beaten up at school and jumped by “white kid” gangs because they were Mexican. I was taunted and physically attacked because I had friends who spoke English as a second language. By the mid 1960’s, the valley became the hub of the military industry which eventually led to the presence of IBM and Silicon Valley. In just a short decade, I witnessed orchard after orchard bulldozed and replaced with asphalt to erect shopping centers, tract homes and highways. Farmers lost their land and farm workers lost their jobs and were displaced into rundown neighborhoods. Gang wars, smog, crime, and isolation cast a grave shadow. As I watched the last majestic giant, a valley oak I had climbed everyday after school, get ripped out of the ground and thrown off to the side for a new condominium complex, I made a promise to my young self that I would devote my life to helping others understand the pain and suffering that thoughtless acts can cause.  In my years spent as a journalist and social and environmental activist I have witnessed how actions that come from conscious choice can awaken our innermost humanity and shift a chaotic dangerous situation into an opportunity for change. I have also witnessed how even in the most adverse conditions,  the disenfranchised can become empowered and rebuild healthy thriving communities. And how those who cling to ideals of right and wrong often can find a middle ground and create lasting peaceful resolutions. I believe the world needs a new kind of diplomacy that nurtures and cultivates compassion, authenticity and equanimity – and this could quickly happen if everyone could see the merit of Do No Harm. – Thaïs