Linked by Stories: How Wendy Saved my Mother’s Life

Home/Uncategorized/Linked by Stories: How Wendy Saved my Mother’s Life
Previous Next

Linked by Stories: How Wendy Saved my Mother’s Life

As we write in our book “Stories are rich and complex. Those we know and those we have never met pass stories down through the ages, creating an ancestral thread to the past and casting a line into the future of what is yet to come.” This proves to be true for Wendy Wood and I. When we met each other in 2010, little did we know that we shared a common story, a story that goes back almost 50 years.

My mother loved driving to see her brother in New Mexico – her salvation from the daily life of raising three girls and working around the clock to make ends meet. In the early morning hours long before dawn, she would place a plywood board with some blankets on the back seat of our old Studebaker and my sisters and I would crawl onto it still half asleep and lie down. She would then begin the long 18-hour drive from our house to New Mexico, sipping instant coffee out of a red plaid thermos. At daybreak, I would climb over the front seat and sit next to my mom as we sped south through the rolling California hills that turned into dry flat desert lands.

When Wendy and I met, we talked about where we had been raised and how we had grown up. Wendy shared she had been raised in Needles, California. I told her I was very familiar with Needles since we would drive through it on our way to New Mexico.

I then shared with her the story of the day my mother  almost died. I was five years old at the time and my sisters were 8 and 11. We left our house in San Jose, California just after midnight to make the long journey to see my uncle. When the sun rose over a low hill, the heat of the desert quickly became unbearable. The car didn’t have air conditioning and the hot air pouring in through the open windows made me terribly thirsty.

I had been staring out the window looking for rabbits to get my mind off the rising temperature. I turned to look at my mother and her face was deep red and blown up like a balloon. Her eyes had swollen into small slits and her wrists were three times their normal size. By the time we arrived in the small desert town of Needles, it was a blistering 114 degrees. She parked under the only tree in town and stumbled out of the car and collapsed. I woke my sisters in the back seat and we hurried to our mother’s side not knowing what to do. I was extremely frightened and my sisters looked very worried. A young girl about 8 years old was looking at us from the doorway of an old store. She ran over to us and looked at my mother who lay listless on the ground and then at my two sisters and I and said, “Stay here. I know what to do.” Moments later she was racing toward us carrying a bag of ice. She tore open the bag and poured the ice over my mother. Then she ran and got more bags until my mother was lying under a mound of ice cubes. Slowly, my mother regained consciousness. She was able to sit up and drink some water that the young stranger offered her. It was later we learned that my mother had suffered from heat prostration, a condition that can be deadly.

As I shared this story with Wendy, she listened intently and said, “I remember that. The mother lying on the ground and three little girls not knowing what to do! I am the one who brought the ice!” We both stared at one another in disbelief! Here we were, Wendy and I, 50 years later doing research together that led to us co-writing ‘Do No Harm: Mindful Engagement for a World in Crisis.’ Two girls who grew up in different places and who grew into women both dedicated to the deep wisdom of compassionate action and altruism.

I am reminded of what Wendy wrote in her last post about growing up in the desert town of Needles: “What also became true for me was that there was a way to show up, every day, with the knowledge that my humanity was linked to theirs. I must grow up in a way that nurtures my ability to respond rather than react to what happens around me.” 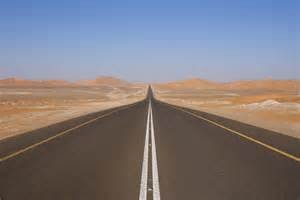 And I am reminded how interlinked we all are, so many shared experiences with people we have met and those we have never met. It feels important to remember the practice of mindful engagement is not just sitting on a cushion. Mindful engagement is meeting each other and our selves in that intersection of pain and beauty.